The Speculations series presents imaginary transformations of iconic buildings and places located in many cities around the world. Some of these buildings and places are internationally famous, while others are only known by locals, but all of them hide peculiar stories that characterize them with special meanings.

Each speculation is a visual poem that transforms our perception of a specific place with an aesthetic purpose. These transformations also produce symbolic mutations that raise questions about intertwined global phenomena such as land speculation, gentrification, city branding, touristification, social segregation, or institutional, nationalistic and religious identity. 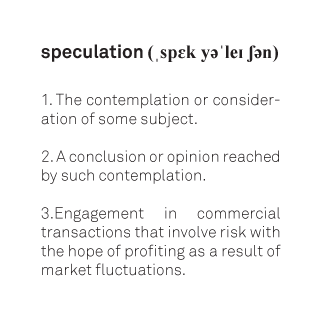